How do negative feelings or negative vibration prevent Spiritual Ascension ?

May 04, 2018
Here question arise how does this vibes prevent from spiritual development.
well when someone practice spirituality . he start to attract higher energies , higher vibes in form of peace primly. these energies first enter into his energy field and start removing bad energies, bad vibrations of one's pain ,depression but if he is continuing with non veg diet . It increase workload for positive energy.The battle between good and bad energies result in form of detoxification,which  have to faced by person who is practicing spirituality. That'swhy if he is doing his practice along with taking non veg diet he is just empowering both energies. 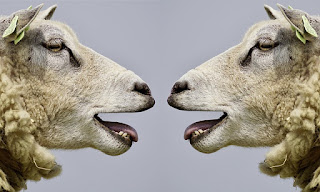 Like doing practice he give more positive energy to his energy field and simultaneously he is also taking other bad vibes and provide more negative vibes to his energy field .
in such cases sometime he feel very positive ,peace , love when higher power get stronger than lower power and sometime he may feel excess feeling of lust ,greed,rage when lower power get stronger than higher power.
this may happen in those case where person even dont take non.veg,then it is consider that he either have more negativity in his energy field or he is absorbing negative vibes from something or someone. 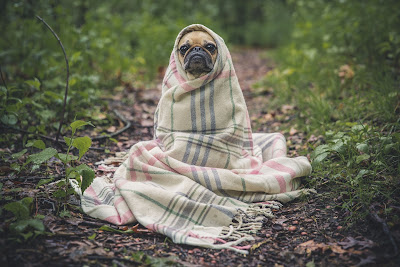 Popular posts from this blog

Move your Sensitivity at next level :Energy of food- Potential possibilities of An Empath

June 04, 2017
“Something buried there, it is odious.” Said Edward. Freya had astonished when Edward disclaimed pizza’s flavor like this. It had been very late when Edward and Freya were returning from office .Both hunger stopped at front of a popular pizza shop and made an order for two pizza and coke. Edward was a great admirer of the flavor, the pizza shop deliver into its pizza. After having one the pizza lover order for next one ,but when it come to him ,he did not feel either good to see that or it was like his intuition did not give good sign to eat that. He was not feeling correct vibration for late night only considered meal for him .something he is feeling lower than good. Soon his all attention went on Freya’s exciting talk about arranging passes of the concert, while he took a bite of the pizza. Suddenly he had been understand why his attention warned him. His inner empathy had told him all the story. Edward said, “Something buried there and it’s odious.” Freya got shoc
Post a Comment
Read more

After Knowing This , You will Never Walk Alone

June 01, 2017
Imagine….. How do you feel? If city’s mayor is there for taking care of you? to support you in every way? Feel good! Or feel proud! Or…will feel afraid!!Tell me how do it feel? And now if there is President of the country to support you …. How are you feeling now? Is there something went too much!!! Let check the reality and walk in our great world.  Let's see if there is anyone or anything metaphysically behind of us or not!!!!!!I am giving you a complete broader list of those super natural things or higher forces which are work behind of us, take care for us and support us… 1.    Nature’s own power 2.    The big (large) form of the forces which is spread in the universe (healing energies) and which smaller proportion present in our chakras…inside us. 3.     The power of various expressions of the Supreme in forms of Angels, Deities, Diva and many more. 4.     Much evolved souls living with us, called saint, humanist. 5.     The souls that helps past life fa
Post a Comment
Read more